The community of South Texas showed their support for the men and women attending Stark College & Seminary at this year’s Hand and Dove Scholarship Banquet. Honored guests included Nueces County Sheriff J.C. and Cheryl Hooper, Dr. Elijah Brown – the General Secretary of the Baptist World Alliance, Dr. Craig Christina – the Associate Executive Director of Texas Baptists, Dr. Tony Miranda – the President of the Hispanic Baptist Convention and the Director of the SCS Master of Arts program, and church leaders from many cherished local churches. With over 400 people in attendance, God’s work through the students of SCS and in the local church was highlighted and celebrated. 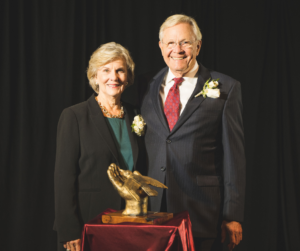 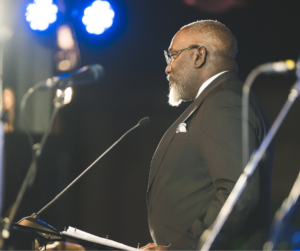 Dr. Richard and Jo Ingraham received the Hand and Dove Award to recognize their dedication to Christian service in the Corpus Christi Community. “The Ingraham’s are believers in leadership, supporters of leaders, and courageous stewards of life,” Dr. Tony Celelli, the president of SCS shared. “I know few individuals who possess their level of poise and purpose.” Dr. Ingraham is a beloved orthodontist who has served thousands in South Texas. He is also a prominent supporter of the work of Stark College and Seminary.

Troy Riggs, the Director of Public Safety for Denver and a member of the SCS Board of Trustees, served as the Master of Ceremonies. Guests heard testimonies from SCS students Marco Barron and Rogelio Rocha who described how SCS has equipped them to answer the call God has placed on their lives. “These are exactly the kinds of people that SCS equips as they seek to answer God’s call,” Dr. Tony Celelli announced to the crowd. “Without your contributions and support, leaders like Marco and Rogelio would have fewer options in getting the training they need and want.” After these powerful testimonies were shared, Dr. Delvin Atchison, the senior pastor of Westside Baptist Church in Lewisville, Texas, continued highlighting the importance of serving others. He preached an inspiring message on the power of giving when we find ourselves in a state of abundance. 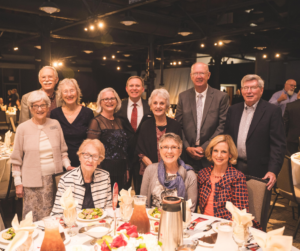 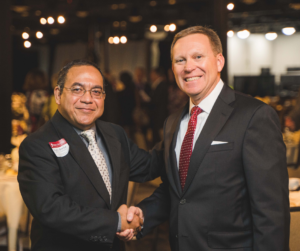 This event season, thanks to our students and our special guests, SCS raised over $123,000 for student scholarships. Every penny raised will go directly to keeping theological education affordable and accessible for the men and women of South Texas. SCS is constantly in awe of God’s provision and sends a sincere thank you to every person who supports the incredible men and women who serve the church and community in South Texas everyday. If you are interested in supporting the mission of SCS, we invite you to visit stark.edu/give to see ways you can contribute to helping the next generation of church leaders answer their call.