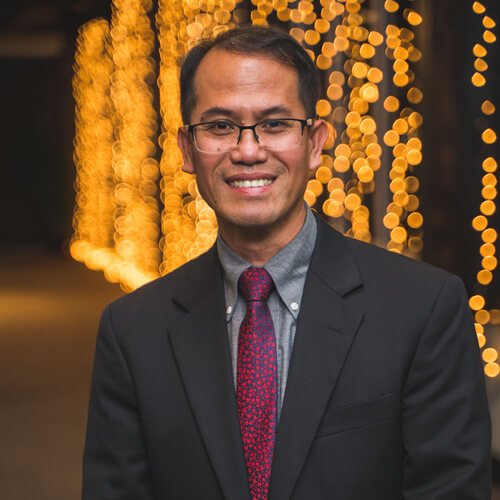 Reverend Primitivo Pagayon has been the pastor of Jubilee Christian Fellowship in Harlingen, TX since 1998. He has been married to Nilda Corona Pagayon for 22 years. He has two sons, Stephen, an incoming college freshman and Timothy, a high school sophomore. Primitivo is a graduate of the Bachelor of Science in Management from University of the Philippines in the Visayas at Iloilo City campus. As a student he was very involved in campus ministry. He helped churches without a pastor and a church planting program of the Assemblies of God called Summer of Service. He spent his summer time with other students and young professionals going to various places to start churches for four consecutive years until his graduation. Upon graduating in 1993, he worked at Procter & Gamble Philippines but ultimately responded to the call of God to be a pastor. Before migrating to the U.S. in 1996, he was an associate pastor at Full Gospel Center Church in Jaro, Iloilo City and was also a missionary in Malaysia. Primitivo graduated with his M.Div. Spring 2018 from Logsdon Seminary.